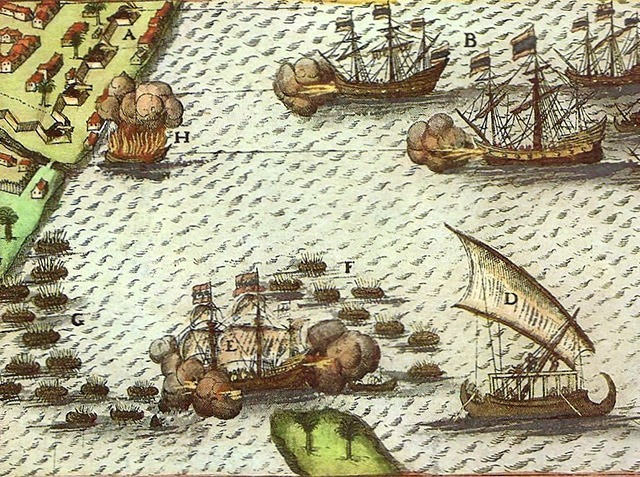 The conquest of Bantam

The Portuguese had proven it already: it was possible to sail to India via the southern tip of Africa. And that’s where pepper was waiting. In those days, pepper was almost as valuable as gold. Amsterdam merchants set up the ‘Compagnie van Verre’. This company sent four ships, including the Duyfken under the captaincy of Cornelis de Houtman, on an expedition ‘around the Cape’. Two years later the ships returned to the Texel Roads.

They had endured scurvy, survived storms, rounded the Cape of Good Hope, and fought bloody battles with Portuguese and Indonesians. But they had returned with pepper, cloves and mace. And the foundation for the Dutch-Asian trade network was laid.

The Duyfken was a pinas, the fast, well-armed reconnaissance ship of the fleet.The pinas was also the favorite vessel among pirates because of its maneuverability. Pinasses would be a common sight on the Texel Roads up till about 1670. Three can be found on the scale model.

Bekijk alles
There are no news items at the moment.